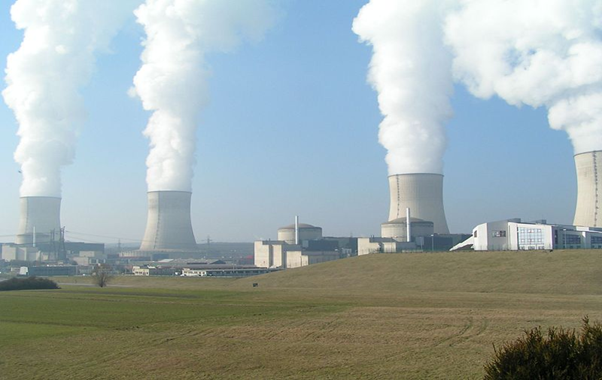 Introduction Electrical energy, one of the best forms of energy that the human hand has found. Mpta engineering with their knowledge managed to maintain different systems take Nyrvgahyy of Damavand power plant. The following are a few points of maintenance systems mentioned above

The steam plant that different forms of energy are converted into electrical energy, water is essential main way that water must have character, quality, water purity, which bring water to the desired quality in the area of work is a chemical engineer. For this reason, in the power plant as part of chemistry is intended that the following units are controlled under this section:

ion ion exchange water turns to finally enter the Shvd.b cycle after each round into CPP algae, mosses Vbarnyklha, the amount of water injected Shvd.b bleach bleach bleach per unit of production is required.

Pre-treatment . Arriving at the station at least 1500 cubic meters of water stored in the pool. The pool water by three pumps, but one in stand by, to the 5 sand filter which one of them you should stand by mode, driven.

Sand filter The sand filter has an inlet for raw water and clean water output, input and output Srryz·h and finally the backwash. They also have a drain to drain off at the beginning of the operation. When water through layers For the production of drinking water, bleaching and deodorant charcoal water filters passed. The filters containing activated charcoal are each capable of organic matter, color, odor or taste of dissolved gasesIn separate water from it. For Gndrday water, the water inlet and outlet water filter filters Charcoal amount of chlorine ppm 8/0 ppm 3/0 maximum chlorine injection is injected. When the pressure difference reaches to MWG4 filter should be removed from the circuit.

Treatment Home Operation process in a Benson boiler (boiler Benson) in such a way that all the water into the boiler feed water logging and then in the form of steam into the turbine. Thus, all the impurities in the water in the boiler if the boiler will remain in place turbines are imported. It does this by using a cationic resin and an anionic resin in the past or new systems desalination done today. Impurities in the boiler walls remain in place, causing localized overheating, corrosion and perforation if the tubes are silica (SiO2) turbine blades attached to the turbine efficiency will be reduced. Therefore, it is necessary that the incoming water supply system has the highest purity water treatment. The main house (Demineralization Plant) will be provided. The cationic resins, cations Na +, K +, Mg ++ and Ca ++ H + ions are replaced .mahsl the ion exchange, hydrogen gas is produced. Carbon dioxide gas to the outside of Co2 trickler used. Weak anion resins are water down the tower into the water column if Kndaktyvyth MS / s6- 5 column must be restored using the profit is the revival of anionic column. The anion exchanger columns, ions such as Cl-, SO42- In addition, the remaining CO2 OH- ions are replaced. photos.

The plant consists of two lines each a scarf, a column and a column of anionic, cationic mixed bed Vick Vick is the removal of carbon dioxide, which is a line in the water totally automatic exploitation of minerals, and such.

In automatic mode switching criterion line "electrical conductivity. If the electrical conductivity of cationic exchanger not exceed 20 cm Mykrvzymns Vanyvn operation mode out and the next line starts with startup Vashyng. When Kndaktyvyth to less than 20 Mykrvzymns cm is placed in the operational status. Vmbadlh cationic exchanger saturated with sulfuric acid anion is saturated with soda solution needed to restore the acid earnings and earnings acid tanks funded by the Mzhryng.

C.P.P Following is a summary Kndanst Plshyng Mississippi plant (treatment between the way) is called. condensed water sent to the condenser, causing seawater intrusion Kndaktvyth the return water to raise the limit is higher and the water cycle will be repeated. In power for each unit of an intermediate purification system (cpp) is intended Each of these units cpp of two filter cartridges and two filters Myksbd (columns anionic resin mixture Vkatyvny) which are usually two cartridge filter circuit is mixed with a column of water entering the cpp Gyrnd.agr chemical conditions are good, you can even mix column to be removed from the circuit. C.P.P of two mechanical filter cartridge and two filter called a chemical called Myksbd filter is formed.

All your suspended solids, iron is usually left most of it and from it is passed.

comes. However, the water outlet of the condenser (the previous Khatrtzryq) the amount of ammonia. Ammonia water ammonium ion (NH4 +), that is a cation. Regulate the amount of iron ions (Fe2 +) and silicate (SiO3) less than 2ppb, so Karmdh resin cation exchange Drmyksd bad CPP the ion ammonium. For this reason, the cationic resin in the CPP much more of anion if the Hrnhvab sea through pipes the condenser leak. Its salts such as sodium chloride enters the system and the electrical conductivity increases after C.P.P.