typical functions of the company described above. The main purpose of the construction of raw water filtration water treatment plant in Isfahan Petrochemical Complex 7500, as well as supplying deionized water used in the plant is fired unit, this unit also includes the production of drinking water and water services firefighters.

Process theory: Impurities in the water are divided into the following groups, such as bacteria, suspended solids, silt colloid, micro-organisms and algae, as well as oil and minerals, which are divided into two groups, cationic and anionic. Cations like calcium, magnesium, iron, manganese, potassium and bicarbonate anion such as hydroxide, sulfate, chloride, phosphate and nitrate dissolved gases such as oxygen, carbon dioxide, hydrogen sulfide, nitrogen, ammonia and organic materials.Choosing the right method for separating impurities in the water to the type and amount of impurities and water quality is good.

solids separation method: Sedimentation, clarification and filtration methods are available, depending on the nature and concentration of suspended solids and the separation is needed. Deposit: When used in the water requirement of the rivers water output of this stage is very fine particles. The clarification chemicals such as aluminum sulphate and iron salts are used for coagulation of suspended particles in the water that eventually separated from the water by settling. you can fine particles in prison and precipitate out of the environment.

The sand filter: With the passing of the bed of the solid particle filter your water loses, the composition of the seabed and its height depends on the type of suspended particles in the waterRequired nursery bed filter and water quality caused by the weight of gravity or pressure from above to down stream in times must also be backwashing to clean the bed. (Back washing) In the context of airflow for better cleaning washing time is used, time washed characterized in three ways. 1 high pressure drop and flow rate cut. 2 bottom of filtered water. 3 maximum water content of a column in a period of our service.

Filters, activated carbon (charcoal) The purpose of using these filters absorb organic matter in the water and prevent possible entry of this material is deionized water production unit, Because this material accumulates on the ion exchange resin and the water contact with the surface of ion exchange resins and disrupts operation. Sand filtration adsorption methods difference is passive adsorption. The organic material was extracted from water accumulates on the surface of activated carbon. Carbon absorption is very high because the material is porous building. The increased pressure in terms of particles that accumulate on the surfaceIn this case, the filter backwash water are clean substrate surface.

Soft water: Water hardness is caused by calcium and magnesium ions are divided on two parts: temporary and permanent. Sodium bicarbonate is a temporary difficulty caused by the heating of the solution will come in the form of insoluble, permanent hardness caused by the presence of sulfate, chloride and nitrate deposition is not caused by heating.

Strong anion resins: Two types of Essen type Ι an activating factor of ammonium tetravalent and type of Π that activating factor of the ammonium Chharzrfyty with the exception that one of the methyl groups replaced by ethanol, is the main difference sharing of type Ι and Π they tend to absorb chloride and hydroxide anions, as well as their chemical stability. This type of resin can be revived only with strong bases.

weak anion resins: The first type of active agent amino resins NH2 - Type II and Type III RNH NR2 are poor because of these strong acids such as hydrochloric acid or sulfuric acid base absorb and able to absorb the basis of weak acids such as H2CO4 or silicic acid are not. For the restoration of the earnings and profits will be used to revive ammonia, caustic soda solution used to remove silica preferably first.

Ion exchange units: mixing cationic and anionic resin particles together and formed a series of ion exchange system, the water output of the machine will be absolutely no ions. 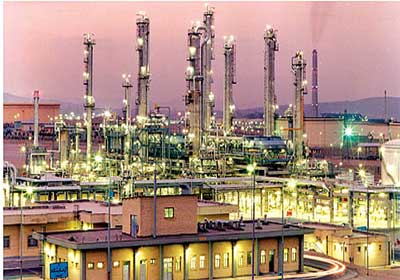 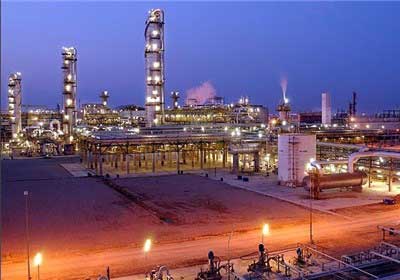 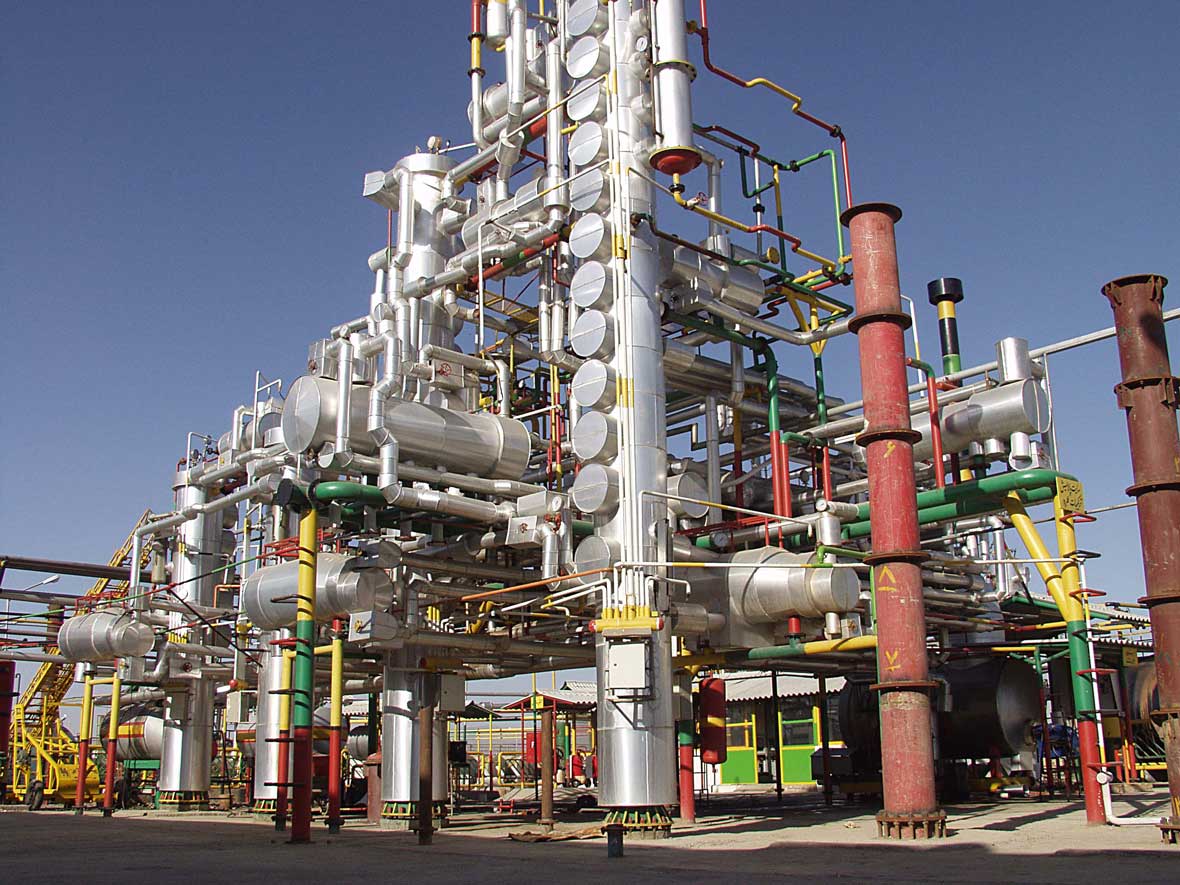 Background: The task of collecting and treating waste recycling health units and processes, materials and aromatic hydrocarbon liquid such as rainwater and surface water is responsible for the system and installation package is comprised of public facilities, including facilities and water separation units pachage oily substances, biological treatment facility to collect and discharge sludge, furnaces and facilities related to the chemical supply. After collecting water contaminated with oil substances in oil and water separation system is equipped with aeration tank are refined. Tarsyn carrier and sludge for agricultural use can be condensed to a concentration of 40 percent. The blue fluid contaminated with aromatics in a closed drainage system are collected and then stored in the tank (aqueous effluent tank) are incinerated. Process theory: The purpose of the wastewater treatment industry, health and sanitation, the environment is clean and restore water. Refining or sanitary wastewater treatment is usually done in three stages: a preliminary stage of wastewater treatment include physical treatment such as Shghalgyry and sedimentation of suspended solids in it. The second stage of wastewater treatment or secondary treatment, including biological treatment, such as aeration and various bacteria in wastewater treatment using it. Navigation facilities to secondary treatment of the qualifiers need to spend more energy and money. The third stage of wastewater treatment or final treatment includes additional clarification and purification operation such as denitrification, wastewater through sand filters, activated carbon, ion exchange and so on desalination. And operating wastewater treatment facility Dressing usually very costly. natural resources, water, health and the environment is clean enough. New sanitary sewer whose gray color after a while it becomes dark, antiquated sewage smell of hydrogen sulfide, which is more by the action of anaerobic bacteria and thus restoring sulfates, sulfites are produced. If air and enough oxygen to reach sewage anaerobic bacteria stopped activity instead of aerobic bacteria break down organic matter in wastewater. CO2 is the main gas that is produced from these bacteria. So we can say with blowing oxygen into sewage they are odorless. There is always some foreign matter dissolved in wastewater, sewage foreign matter content of about 0 to 1% and the rest of it is water. Mvadkharjy half of organic materials and other minerals are found in sewage. In addition to foreign substances microscopic organisms such as viruses always a great deal of waste and germs (bacteria) as well. Two other groups of organisms are aerobic and anaerobic bacteria in sewage water treatment plants play an effective role. The industrial wastewater can be ten times more pollution wastewater pollution, the aim of wastewater treatment is to take a volatile suspended solids and floating water oxidation of organic material in the wastewater and transform them into unstable substances such as nitrates, sulfates and phosphates and then settling and separation of the material.The isolation of soluble and insoluble toxic substances from wastewater, such as heavy metals Trkyabt the disinfection and germs in sewage water treatment plants may be done in three ways: - Laundry services for mechanical or physical treatment - biological treatment or biological treatment - chemical treatment, mechanical treatment inadequate sewage contamination of aerobic or anaerobic organisms called bacteria are willing to continue to wastewater treatment. In addition to the chemicals used for disinfection and kill the microbes in wastewater. brought great to be deposited by weight. In other words coagulation sedimentation filtration is mechanical resonator operation, the coagulants in wastewater are: polyelectrolyte, sulfate and aluminum hydrate, sulfate, chloride and iron lime, clay and lime juice. Add to sewage sludge coagulants obtained two to three times increase and as a result of volume increases sludge digestion tanks. in this way the climbers suspended solids are usually suspended solids in wastewater are charts for the bottom of the pool. factories are useful. Hypochlorous acid, chlorine dioxide disinfection property is greater than the ions. Ratio of chlorine to oxidize hypochlorous acid and function of acidity and temperature. After the analysis and the presence of substances such as iron oxide, H2S and so on. This material is part of chlorine to oxidation. Klrvrhay formed from the oxidation of this material is not lethal effect on bacteria and chlorine is not released.